FROM ASHES TO ELEGANCE (PART II.)

“From Ashes To Elegance” continues below : 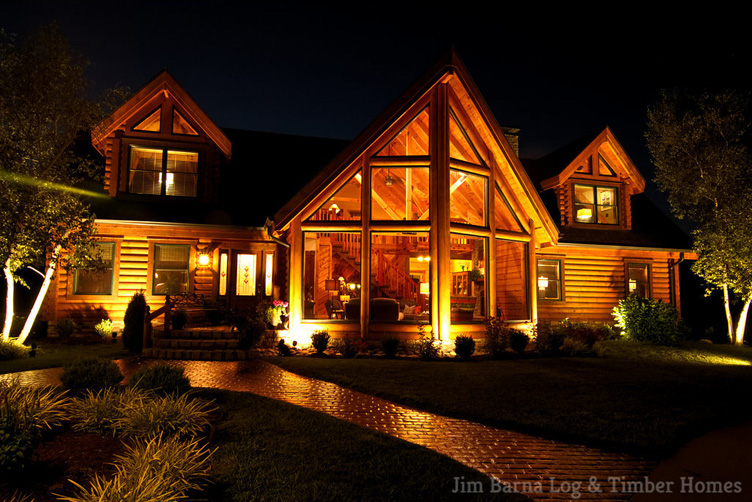 There is no better Christmas than a cozy Christmas at home and sometimes the best ones come after a tragedy...When a family comes together to crawl out of the depths of despair there is no sweeter solace than peace at home surrounded by the familiar.

After Jim and Mariellen’s custom log home burned down on Christmas Eve 2015, they were hit even harder by a personal accident. They turned to Jim Barna to rebuild their memories – to rebuild their impressive dream home they had designed and shared life in together. Jim Barna’s team embraced this project with not only a passion to deliver excellence but also a commitment to Jim and Mariellen’s dream of rebuilding the same home , but even better. They joined Jim and Mariellen to fight back from the tragedies that challenged them and together they overcame.

This Christmas Jim and Mariellen are nestled in their warm log home – a home built on land passed down through generations – a home that has risen from the ashes of tragedy to become something even more beautiful and elegant – a home shared by a loving family this Christmas. 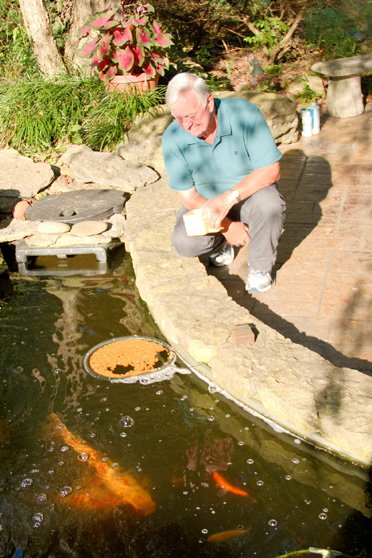 I would like to start at the beginning about our relationship with Jim Barna Company.

It was approximately June of 1991 when my wife and I decided to build a custom log home. At that time we were looking in Log Home Living for plans, ideas and a reliable company to construct our home. We found Jim Barna to be one of the most reliable companies to do the job.

So we contacted Jim Barna and talked to Scott Stroud for information.  Soon afterward Scott came to Louisville to see our jobsite, see the preliminary plans for our dream home and prepare a quote.  The price of the package was within our means so we proceeded with the project.  In June of 1992 we moved into our new log home, and we loved it from the very beginning.  Maintenance of the logs wasn’t the huge ordeal I had believed it would be and we continued to love our log home.

Everything was fine for 23 years and then the unthinkable occurred.  On December 23, 2015 it was unusually warm and we had a severe thunderstorm around 7 PM.  We had just gone a few miles away from home to have dinner with friends when the storm hit.  As we were driving home a neighbor called to tell us that our house had been hit by lightning and was on fire.  Lightning had struck the gas meter on the corner of the house and gone through the natural gas line in the crawl space and exploded when it got to the center of the house.  The result was five fire stations, 68 firefighters and eight hours later our beautiful home and pets were gone.  The log shell still stood and from a distance you thought it could possibly be saved but the logs were black inside and the smell took your breath away.

We were totally devastated but after much discussion decided we would rebuild log.  So we contacted Jim Barna Log Homes and the process began.  Zoltan Obrusanszki, sales representative, met with us in Louisville at the jobsite.  The original foundation was certified reusable by a structural engineer.  Plans from the original house were located, so Zoltan and Tim Maxey began working on new plans, of course with some changes.  Tim made several trips to measure the existing foundation and make sure the new plans were in sync with the foundation.  In the meantime, we visited the Barna office in Oneida and Zoltan introduced us to Donnie Daugherty, log home builder who had been recommended to us. 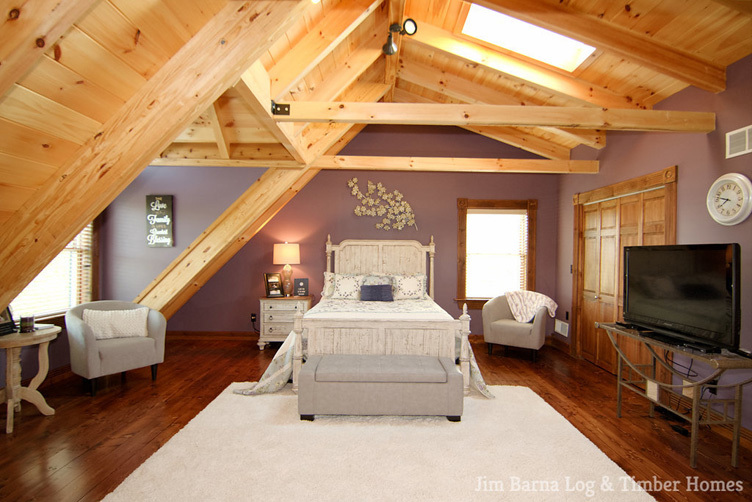 We would like to thank Jim Barna Log Systems and all the associates we worked with on our homes, old and new. Barna has a spirit of pride and integrity and we knew we were in good hands.

Please contact us to receive a free estimate and information about our 40 th anniversary promotion.